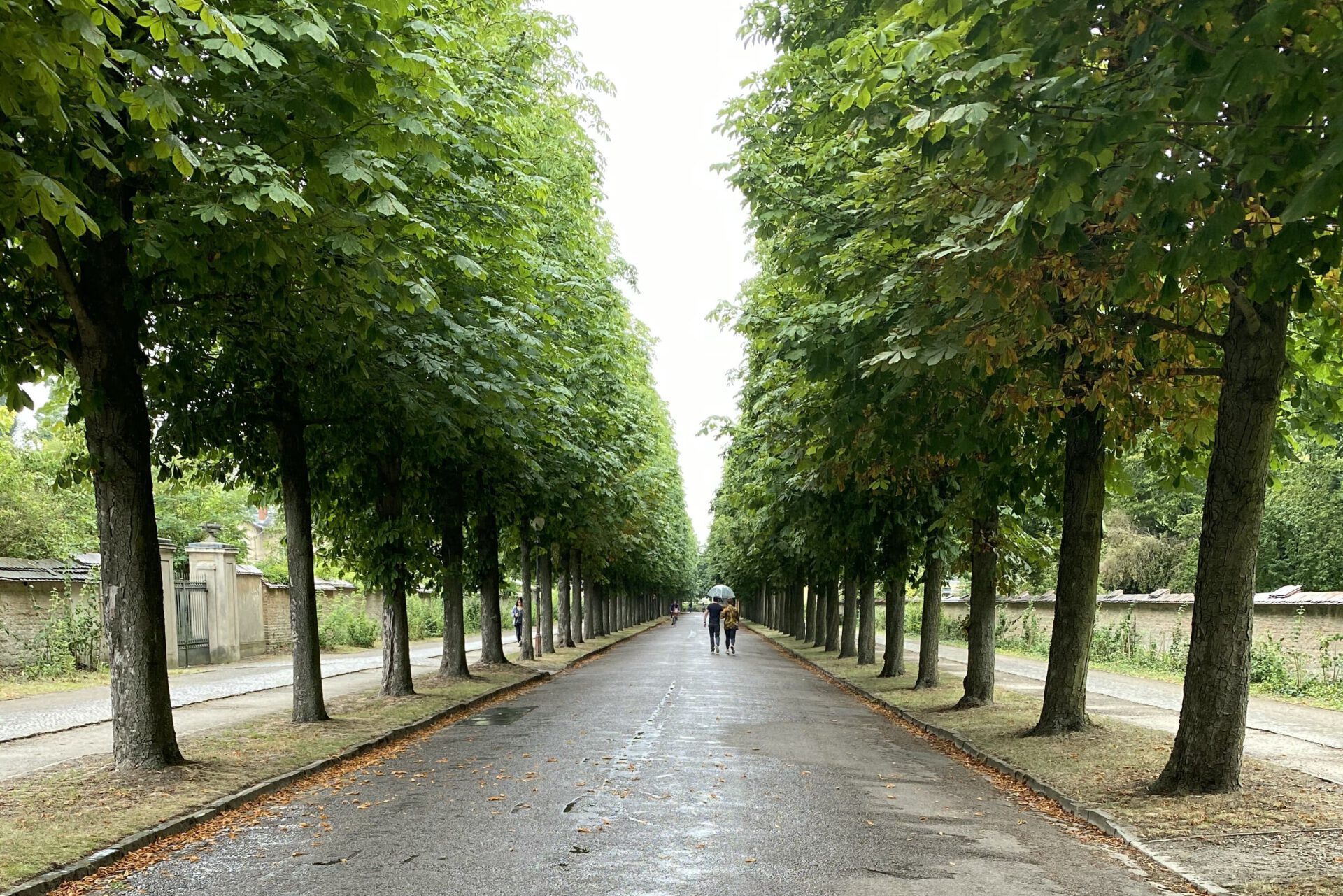 A personal attempt to write a comprehensive overview of E-Learning

This post belongs to the workshop I am running in late October on E-Learning Scenarios and Design. At the beginning, I am giving an overview about the developments in E-Learning / Digital Education using the H5P content type timeline.

It covers the last decades beginning with the 1950s and the invention of the teaching machine by Skinner. The psychological foundation around the learning theory of behaviourism has been influential to this date. The origin of the teaching machine is much older and can be followed-up here. There has always been a huge fascination with the idea of automated teaching. Students would not longer need a human tutor but could move on with their learning at their own pace. For this, learning content had to be put in small pieces and oriented around pre-defined problems to allow for timely feedback. From a marketing standpoint it makes sense to call this form of computer-based training personalized learning. But from a pedagogical perspective it is a mechanistic approach. It does not matter what background the learner has, all that matter is the optimal learning process.

With the increasing power of technology and the advancements of Artificial Intelligence the idea of Intelligent Tutorial Systems (ITS) with the aim to mimic the teacher has gained a lot of traction. Research on ITS (as in E-Learning in general) has provided ambiguous results. It seems that there is a strong connection and alignment with the instructional objectives and the administered tests. In other words, ITS works for learning that follows a clear pre-determined logic and has litte ambiguities (which would challenge the teaching qualities of the machine). In a 1987 article, Ronni Rosenberg states that ITS work as based on major methodological flaws one of which is:

„ITS is not well grounded in a model of learning, they seem more motivated by available technology than by educational needs“.

Fast forward, I am afraid that this is still the case.

With the World Wide Web and new media, e-learning attempted to benefit from the emerging possibilities to simulate, visualize and animate complex content and allow for more nuanced interaction. Much of the underlying theoretical grounding was derived from cognitive psychology. Richard Meyer proposed a „Theory of Multimedia Learning“ which is based on a model of human information processing and provides principles for designing multimedia instruction. Because of numerous empirical studies that have been conducted in controlled settings, the design principles were portrayed as laws. Yet, other factors of human learning (motivation, emotion) were neglected as well as cultural / contextual contexts.

In the 2000s after the burst of the dot.com bubble, e-learning has come under attack. Many of the claims (from commercial providers) were exaggerated and could not fulfill its promises. Another reasons why the uptake of e-learning in Higher Education has been so reluctant pertains to the resistance to change within the institution. The practices of Higher Ed have been very stable throughout the last centuries. Lectures and seminars are still the dominant vehicles for teaching. E-Learning is used mostly to enforce the underlying power structures of Higher Ed, notably in the form of learning management systems. Other forms like Virtual Classroom also rely on the standard configuration used in teaching.

But in the early 2000 there was an incident of e-learning that is more transformative than the ones before. The prestigious MIT announced that it would launch the OpenCourseWare (OCW) program which provides free access to MIT courses, content, lecture notes etc. Here is a video from a press conference with then President Charles Vest.

This gave birth to Open Educational Resources (OER), a concept that is akin to the Internet and the knowledge society. OER are freely accessible and openly licensed media such as text, picture, video or podcast. Given the rich amount of material on the net, the possibility to use, reuse or remix is often restricted because of copyright. Using and open license like Creative Commons, learners can share their material with others on the net and contribute to the idea of the commons. With OER, pedagogy, teaching and learning can be transformed towards Open Educational Practices. With this, learners can be equipped with competences, knowledge and skills to participate in the digital society (see for a reference the DigCompEdu Framework [PDF]). To put it simply, OER are the foundation for digital education, i.e. OER provide the way from education based on the industrial model of society towards education in a inter-connected digital society.

Here is an older video in which I am arguing for OER from the perspective of the German concept Bildung (education).

Notwithstanding the overall importance of OER for global digital education, the dissemination in Higher Ed is limited to certain institutions (MIT, Open University UK), NGOs (Wikimedia / Wikipedia), and individuals. Some years after the emergence of OER, another innovation hit the educational landscape with a much bigger impact. It was at Stanford University in 201 where Sebastian Thrun und Peter Norvig opened up their course „Introduction to Artificial Intelligence“ to all, i.e. those with an Internet connection and enough interest in the topic. Actually the interest was huge: 160.000 learners from 190 countries „enrolled“ to the course. Because of this size, the term Massive Open Online Course (MOOC) was coined. The media quickly celebrated MOOCs as a tool for democratizing Higher Ed and the The New York Times declared 2012 the Year of the MOOC. It was if all the previous e-learning events with the ups and downs never happened. As Martin Weller writes:

The ed tech field is also remarkably poor at recording its own history
and reflecting critically on its development, as if there is no time to
look in the rear-view mirror in a field that is always interested in the
future.

MOOCs seemed to fit perfectly in a discourse that has for a long time argued for radical reforms of Higher Ed. Take for instance books like „University in Ruins“ (1996) which claimed that the university has outlived its purpose defined two centuries ago (see University of Berlin, opened in 1810). This heritage is too much of a burden and universities are criticised for being too slow to change. Now there are also rising costs for a model that is getting out of touch with the labor market. The world around the university is changing dramatically and globalization and digitalization (among other things) require new business models.

Napster, founded in 1999 as a peer-to-peer file sharing service and shut down in 2001, was used as a metaphor to illustrate the growing power of knowledge distribution over the internet and the possibilities to educate people worldwide (Napster, Udacity, and the Academy, [PDF]). Similarly, Thrun and others started their own platforms to provide MOOCs not only for learners willing to pay high tuition fees. In a statement using pop cultural reference, Thrun explained:

„Having done this, I can’t teach at Stanford again,“ […]. „You can take the blue pill and go back to your classroom and lecture to your 20 students, but I’ve taken the red pill and I’ve seen Wonderland.“

With so much of hype and money flooded in from venture capitalists to establish start-ups like Udacity and Coursera, it was inevitable that MOOCs did not live up to most of the claims, such as that by 2022 there will online be a need for 10 universities in the world. In fact, problems arrived that were typical for e-learning such as low completion rates or sustainability. Yet, because most of the MOOC advocates came from the outside and did not have much experience with online learning and teaching, potential negative effects of learning in anonymous settings without personal tutoring were neglected. Moreover, MOOCs mostly were delivered as video recordings from lectures with some intermediate quizzes for self-assessment. Not really very revolutionary.

In a now famous pivot, Sebastian Thrun distanced himself from the original MOOC concept and turned his attention towards corporate e-learning. Together with global players such as Google or Amazon or with top-tier universities, Udacity has morphed into a digital skill factory with courses for programming, data science and AI. The other major MOOC platform, Coursera, also transformed and can be described as a „managed marketplace“ , similar to an app store.

Although the initial hype around MOOCs has faded away and universities have reassured themselves that their existence is not endangered, MOOCs and an overall neoliberal thinking have paved the way into the era of datafication of Higher Ed. Given the vast amount of data that are generated on platforms, learning management systems or social media, the growing power of AI technologies such as learning analytics makes it possible to audit, compare and evaluate the quality of teaching. Ultimately, the goal is, as stated in the White Paper on Artificial Intelligence by the European Commission:

(…) make better use of data and AI-based technologies such as learning and
predictive analytics with the aim to improve education and training systems and make them fit for the digital age.

Undoubtably, these systems need a lot of student and lifelong learner data in order to be useful. In particular, guidance and support is needed for learners to find their way amidst all the opportunities of digital education nowadays. Why not build a new educational supply chain that consolidate all data from Kindergarten to continuous education in one place, namely the blockchain? This is exactly what the company Learning Economy intends to do and proposes to give every user a „universal learner wallet“. In that wallet learners can store and showcase university qualifications and online courses completed etc and control who they share it with (e.g. potential employers). In addition to that, the system can be analyzed to display „skills graph“, which are indicators for areas of excellence, best practices and skills gaps. Governments and employers might be willing to pay to access a dashboard to explore the skills graph.

The last paragraphs of this post may look like Science Fiction but judged against the long history of e-learning, one thing is for sure: